Early arrivals worked in the cafeteria space at Liferay. It was helpful that Liferay offered guest wifi for those who came out east early to avoid the traffic. Around 6:30 pm, people started arriving and we feasted on kimbap (from Awoolim Kimbap Factory); dragonfruit, honeydew, and cantaloupe; and drinks (provided by Liferay).

Designing for the dead

Grace spoke about cultural considerations for death and dying. She kicked off the storytelling with a story about a friend who has passed away a few years ago and connected it with remembering the dead on Facebook, the world’s largest digital cemetery.

By 2050, the dead will outnumber the living on Facebook. (“How Facebook is designing for an incoming avalanch of dead users”, Fast Company, 3 May 2019)

At the same time, observing memorial rituals may also play a part of one’s identity. With the Chinese diaspora, it’s even more apparent how paying tribute to the dead has an effect on with a dispersed family of Chinese descent.

Jenn Chow also shared a film reference to “The Farewell” which talks about how one family addresses the dying of a beloved family member in Chinese culture.

George shared his design trends from California presentation that he presented recently on a trip to Japan. He especially noted that designers aren’t part of the company culture in Japan as it is here in California and that in California there is a widening gap between junior and senior designers in the workforce.

Meanwhile, design in California is no longer as focused on engagement, but on enrichment. Emmersive design has led to people becoming too engaged with games and apps such that “it’s a public health problem now”.

Jesse’s mom wasn’t in attendance this month, but Jesse shared a story about her mom’s name (Julieta Helenita Guadalupe Justino Medina-Despard) and how important names are to one’s identity. Form design often strips this identity from her when her name doesn’t fit in first name, middle initial, and last name form fields. She is forced to choose which name to put down and how to truncate a name that holds a history of her lineage and culture. Latin names include both parents’ names into the child’s name as a reminder of the importance of family in their culture.

Meanwhile, on the other side of the spectrum, some Asian names are extremely short and people are forced to add letters to their name to adhere to form requirements.

This month reminds us that we all have biases. Next month we’ll talk about how to remove bias from design.

Thanks to everyone who attended! 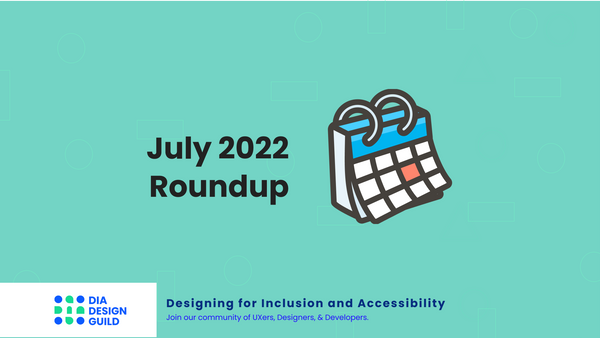 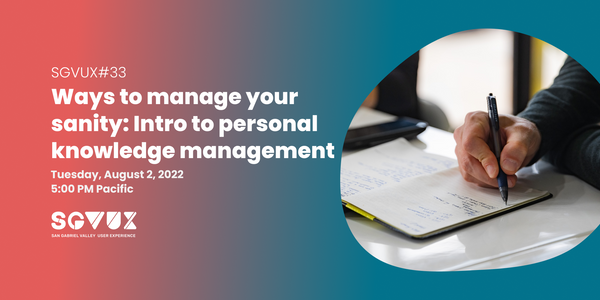 It's a challenge to organize our work, let alone our lives. Luckily there's smarter ways of doing so! 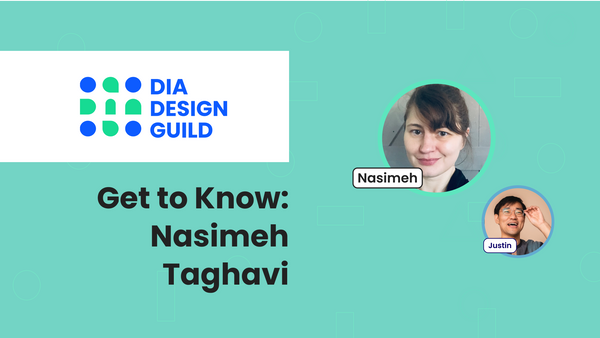 Learn more about Nasimeh Taghavi, one of DIA's UX Apprentices!